10th of November every year brings along with it a host of controversies, whether the day should be celebrated as Tipu Jayanti (Tipu Sultan’s birth anniversary) or not.

Tipu Jayanti has been severely condemned by BJP and a lot of Hindu forces because Tipu Sultan was seen as a “religious bigot” while some view him as a popular figure and a freedom fighter.

This clash thus produces a conflict of opinion creating a huge controversy and year after year these clashes come alive in the form of communal violence and protests. 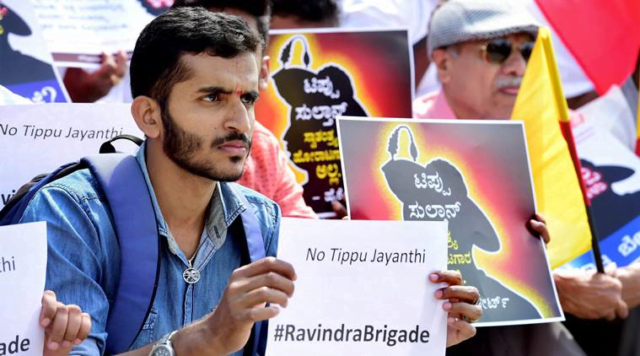 Tipu Sultan also known as the Tipu Sahib was the ruler of Mysore. A very able administrator but on a personal front he was a devout Muslim whose religious policies evoked a lot of controversies.

A lot of factions see him as a freedom fighter who went against the Britishers while some see him as a “butcher of Hindus”. He is known to have crushed the minorities of Coorg and also Malabar. His favour towards Persian has also been taken in a particular light.

Tipu Sultan is also known for the administrative changes. He introduced a number of administrative innovations during his rule including coinage, a new land revenue system.

He is also given the credit to commission the military manual and is also considered a pioneer in the usage of rocket artillery.

Also Read: Watch: Questions All Of Us Would Love To Ask Our “Pradhansevak”, PM Modi

Politics behind the celebration

Since then protests have been taking place again and again every year against the celebration which often leads to a tiff. In 2015 two protestors were also killed as a result. 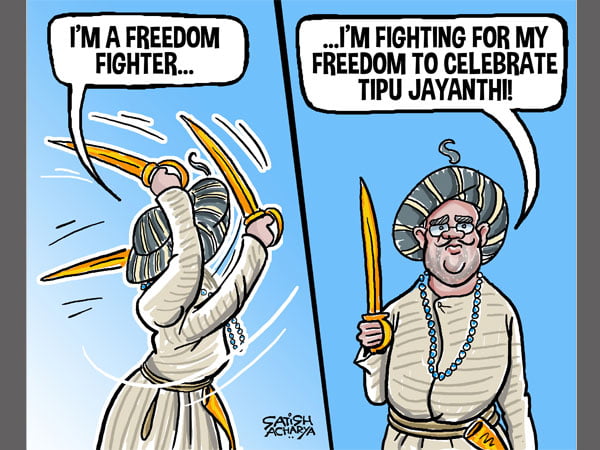 The issue since then have already gained a lot of attention. Even today (9th November) protests have been taking place and security personnels have already been called in order to resist any sort of communal violence.

The History Of Politics or Politics Of History?

A lot of historians also remain divided on this issue and thus have failed to take one side of the debate. This question, of whether or not to celebrate Tipu Jayanti, has questioned a lot of cultural and regional identities and the importance of our historical icons. 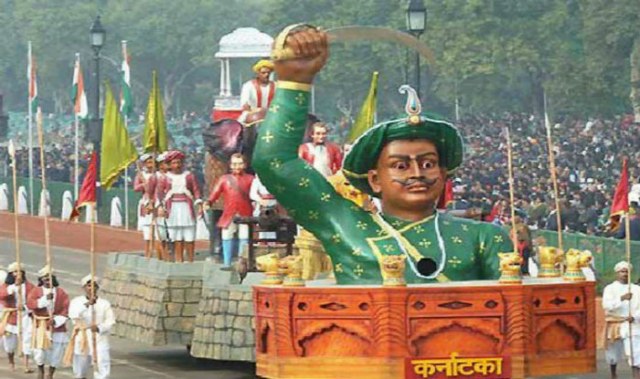 As Congress was blamed of trying to appease Muslims of the state, it seems weird as to what might be a reason to still celebrate Tipu Jayanti despite looking at the sensitive nerve this issue touches.

Political agendas and ideologies are being cleared and history has only become a tool in the hand of these controversy makers.

Going against the popular sentiment

Tipu Sultan popularly also known as the “Tiger Of Mysore” was a ruler who in those times did the utmost to protect and lead his state but how fair is looking at him from a lens of today.

Violence and destruction of temples cannot be justified but placing these events in a certain context are also important to understand the situation.

A lot of locals and communities affiliate with Tipu Sultan but a majority doesn’t, how do we solve this issue which has now been turned into a huge political war of ideologies and questions the identity of a lot of people.

In the end one can only conclude that history is a myth, history is not always the truth and most importantly whose history do we read and identify with?