One of the effects that the recent surge in #MeToo allegations in India has had is inspiring such movements in smaller spaces. Two of these spaces are the Delhi Debating Circuit and the MUN circuit. 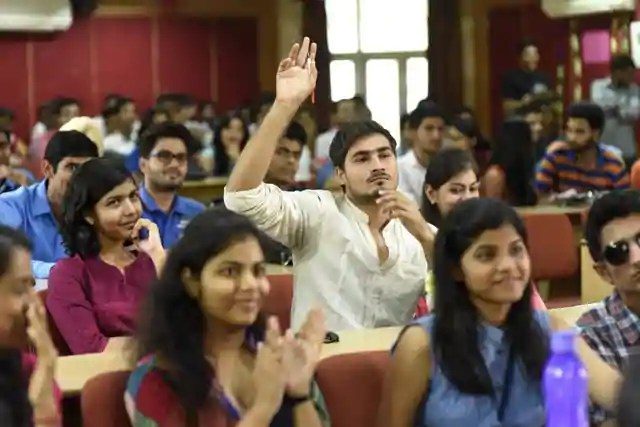 Known for prestigious tournaments that draw first-rate speakers from all across the country, these circuits have been an essential forum for college students to develop their speaking abilities to an eminent level.

They have also traditionally been areas where free speech has been promoted and where liberal ideas have been the mainstay. Constant debates on feminism and equality take place here, which is what makes recent events troubling and ironic.

Roughly a week ago, allegations began to surface on a Facebook Group which serves as an announcement board for competitions and such called the ‘Debate Lokpal’.

These allegations were against a very senior member of the debating circuit hailing from a top DU college. The accuser gave an account of harassment meted out to her and how deeply it affected her, even after a significant amount of time had passed.

This was a surprising move. Having been a semi-active member of this circuit for the past two years, I had heard only whispers and second-hand accounts of such events. Such a public accusation was unprecedented.

Related: FlippED: Is Parliamentary Debating Better Or MUNs? Our Bloggers Fight It Out!

This accusation sparked a series of other women coming out and narrating their stories of harassment and even outright sexual abuse. One of the posts talked about how the woman had been coerced into kissing the man even when she was visibly uncomfortable.

Another woman talked about how in the presence of an uber-senior member of the circuit, she has only a hazy recollection of their time together and remembers hickeys on her neck after she returned home.

This snowballed into multiple senior debaters being called out on their harassment and abuse. Many of them have apologized publicly, some have not. Others retaliated with counter-allegations.

This spilled into even the Model-United Nations Circuit with a list of 15 people who have been accused of sexual harassment being circulated on Instagram. These allegations are, however, unverified and uncorroborated.

A seismic shift in the modus operandi of how the circuits deal with sexual harassment allegations is what has essentially taken place. In the debating circuit, there are talks of starting a pan-college committee to blacklist people who have been accused by a number of people.

While this committee has no legal authority to investigate claims and met out punishment, its sole purpose is to create a deterrence and redressal mechanism in the circuit, which is an excellent thing.

As calling out perpetrators becomes more and more frequent, we as a society need to figure out ways to deter further acts like these and also make sure that after the initial burst of excitement, the allegations do not fade away.