In what came as a delightful news for Delhiites, the metro passengers will soon get free WiFi facility not only on stations but also inside the moving trains.

According to reports, free WiFi would be made available to trains running on the Airport Express Line and, stations that fall on the Yellow Line (Timur Badli-Huda City Center) by the end of December.

WiFi service was introduced by DMRC in 2016 but it was made accessible only to stations on the Airport Express line.

Later in 2017, about 50 stations on the Blue Line were also provided with the same facility. Now with this new plan, WiFi access would soon be made available to commuters inside the running trains. 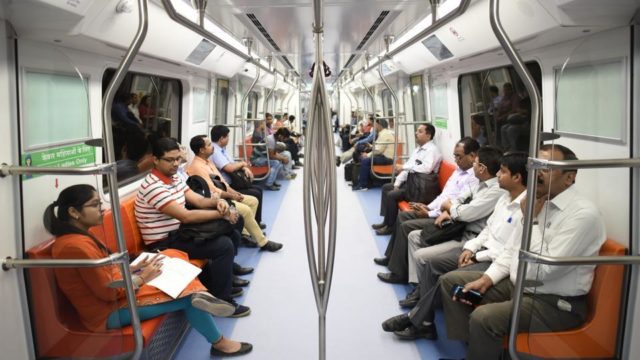 According to DMRC officials, there will be no limit on downloading or surfing in the WiFi facility. The trains would be provided with a speed up to 300 mbps with unlimited data.

The WiFi would be made accessible to passengers inside the trains through a two-level network. According to the report,

The DMRC is planning to introduce the free WiFi facility on all its corridors, barring the Pink and the Magenta Lines. Therefore, all the lines of the Metro Corporation would have access to free Wifi, both at the stations and inside the trains, except the above two.

What do you think about this new move that is being introduced by the DMRC? Will commuters be able to avail its benefits or will it prove to be yet another failed promise of the government?

Let us know about your thoughts in the comments down below.