Home Campus Cheating and How India’s Education System Is Failing Its Students In Educating... Today, we are fortunate to live in a society which largely recognizes the value of proper education for its children. From an asset guaranteed only to society elites, education in India has emerged to become a fundamental right that is key to the future of India.

However, as significant as education has emerged to be, issues remain.

With every survey, scam and cheating scandal that rears its head, the Indian education system is forced to confront the difficult question: Whether it is succeeding or failing in its duty to educate?

That is a difficult question to answer.

Is the education system making an effort to fulfil this duty?

But, is it failing to educate India’s children?

The answer is a probable yes too.

Failing In Its Duty to Educate

A lot of the fault lies in the apathy that is chronic to India’s education system, especially the dozens of State Boards that cater to hundreds of thousands of students across the country.

Many State Boards still adhere to a primitive notion of curriculum and teaching techniques, which is why students who graduate from these Boards, often have trouble learning in colleges and universities even when they migrate from one Board to the other.

Further, although teaching remains one of the most respected professions in the country, it also remains an incredibly low-income one. Great qualifications don’t necessarily translate into a corresponding rise in income, dissuading anyone from joining the profession.

This is why a significant number of teachers in schools, as well as colleges and universities across India are recruited from a portion of people who are neither well-qualified nor who have the inclination to teach.

All of the above doesn’t even account for the competitiveness that has enveloped the education system. Competition as such isn’t adverse to the development of the education system but, the present-day, cut throat nature of it stimulates a world where career opportunities are only open to students who score highly in examinations.

It is for this, and many other reasons that I feel that our education system has indeed failed many in its duty to educate.

However, for all its faults, a lapsed educational system doesn’t excuse the chronic issue of cheating and doesn’t absolve individuals of blame. When cheaters get caught, many have ‘Chalta Hai’ and ‘Sab Kartein Hai’ attitude, a symbol of how chronic the issue is in our education system.

In fact, it has come to such a point that a person who cheats is often seen as a ‘jugaadu’ guy, with no hint of social disapproval and he is in fact, encouraged to help others do the same.

I disagree strongly with those who feel cheating is the only way out or worse, that cheating is cool. It isn’t. Nor is glorifying cheating.

By putting people who cheat on a pedestal, society breeds more cheats with no corresponding benefit to the individual or the educational system.

Tackling the Menace of Cheating

However, like a lot of issues, this remains one that is far from the public eye. Many in India have inadequate knowledge of the issue, and even when they do, most of them are very apathetic of the issue.

It is thus very important that the flaws within our education system be brought forth into mainstream media to stimulate a public discourse on the issue.

Films such as the forthcoming Emraan Hashmi-starrer ‘Cheat India’ are an effort in the right direction. The film highlights some of the chronic issues that plague our education system, the most important one being cheating. 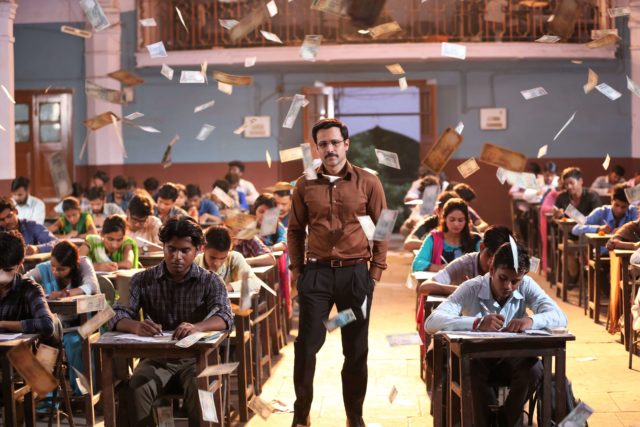 And as the trailers suggest, the movie revolves around some characters that try to cheat the system, but does that necessarily amount to glorification? I don’t think so.

Without an idea of how the system works and how these people operate, it’s impossible to have an honest discourse on the state of India’s education.

On the contrary, I believe films such as ‘Cheat India’ are an effort towards mitigating the menace of cheating in the country.

Our education system is not without faults. However, trying to cheat one’s way out of it is inexcusable.

Sadly today, both education and cheating seem to be entwined with each other. Finding a solution to this issue lies at the heart of having our education system not fail our children.

Had I Been A Student From Bihar, I Would Have Easily Gotten Into DU: Here’s Why!