Having studied in a co-ed school for 14 years, starting college in an all girls’ was a life altering change for me, for better and for worse.

When I initially started college, I was excited about my course, but not so much about the college. I had never been in an environment without the opposite sex. Growing up with boys as friends, crushes and flings, it was hard for me to get used to the boy-free surroundings of LSR.

Initial teething problems existed. I felt grossly overwhelmed by the number of girls around me, as if the competition wasn’t compelling enough, already. I hated it. I missed my old girl and GUY friends.

There’s no denying the fact that boys do bring a touch of humour with them, which I thought was missing in my all girls’ escapade. However, things started to get better. While I missed having testosterone driven entities around me, I realized that the distance only helped me get closer to my male friends.

Gradually, the single sex dominated space began to grow on me. It all started sinking in and all of a sudden, it wasn’t an overwhelming space to be. 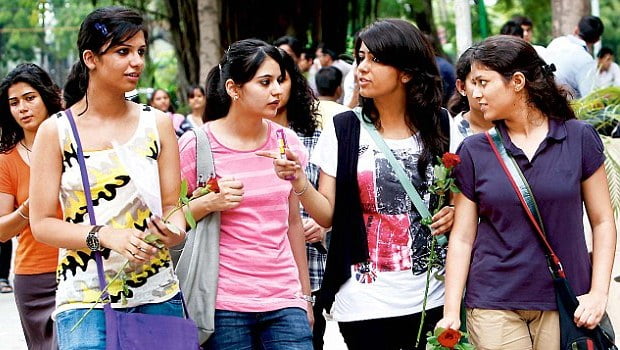 One of the best parts about being in an all girls’ institution is that no one cares about ‘beauty standards’. Unwaxed arms and legs, full grown upper lip hair and eyebrows, chipped nail paint, hair perpetually in a messy bun. This is the general sight. However, on the other end of the spectrum, fashion role models are to be seen everywhere.

In school, sanitary napkins used to be exchanged under the covers, usually in hush hush tones. But here, they are usually tossed around from one end of the room to the other. I guess this also has partly to do with the fact that we have all matured over the years.

Also Read: Breakfast Babble: How Much Of Netflix And Chill Is Actually Too Much?

A fundamental change that occurs from shifting from a Co-ed to an all girls’ is that one misses that element of male-female bonding. Hanging around in groups, making fun of each other, teasing people with each other, shipping people etc are kind of absent, generally.

All upholders of moral dating dharma regarding ‘wanting to meet a boy organically’ tend to shift their stance. Tinder becomes the saving grace!

I don’t mean to demean either kind of institution. They are both different in their own right. On the one hand you really miss having guy friends to chill around with and on the other hand, the all girls’ environment fosters relationships of mutual support and acceptance.While it has been a roller coaster ride, the two have been completely different experiences which I think everyone should have, at least once in their lives.