Breakfast Babble: ED’s own little space on the interwebs where we gather to discuss ideas and get pumped up for the day. We judge things too. Sometimes. Always. Whatever, call it catharsis and join in people

Every once in a while, there’s either a book, a movie, a TV show, or even a fashion trend, that takes people by storm.

One such show is Game of Thrones. It was and still is a rage. It’s a show, that everyone knows about, whether they’ve watched it or not.

For the longest time, people around me were watching it, talking about it and essentially obsessing over it. However, I was never intrigued by it.

I knew how violent it was and I’m not a big fan of watching peoples’ heads getting detached from their bodies. I thought it was overrated (even never having watched it). Once the hype around it grew, my interest in making an effort to watch it, lessened.

One of my friend’s from college, is a die hard GoT fan. She’s been watching it since the beginning, follows all the fan theories and remembers the dialogues by heart.

She tried convincing me to watch it, but I was adamant, after all it was too much effort and commitment.

However, one day, when we were Netflixing and ran out of things to watch, she forcefully put on the first episode of Game of Thrones (she has all the seasons on her laptop) and made me watch it.

I was reluctant to like it at first, and thought that Jon Snow wasn’t that attractive, but as episodes passed, I found myself getting more and more involved.

Perhaps the hype was real after all. Once the story began to unfold, I found myself hooked on to it. All of a sudden I was watching 6 episodes a day.

I feel like most of the characters had already been glorified for me, even before I started watching the show. I had gone in with certain expectations and spoilers, so it wasn’t as thrilling an experience as it would be say, for a first time watcher when the hype didn’t exist.

Because it is so popular, so talked about, I knew what to expect and what not to expect. I knew who all are gonna die, just not when and how.

However, what kept me going were the grey characters, the twisted plot, (not to forget the sex) and the cliffhangers of course. I fell in love with Robb Stark and began feeling sympathy for Tyrion Lannister. Having hated Jaime Lannister initially, I eventually grew to love him. 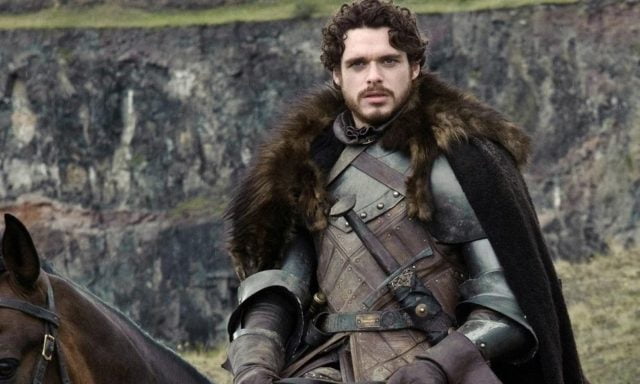 I was constantly thrown spoilers at and was told repeatedly by seasoned watchers “not to attach myself to any character” as death and GoT go hand in hand, but obviously that didn’t happen. (I cried like a baby in The Red Wedding episode)

I’d often call my friend 10 times a day, asking her for hints on what was going to happen next and all she would tell me is “J, just watch and don’t Google anything and ignore all social media posts on GoT”.

I had been converted. I finally gave into the hype and it’s definitely not a decision that I regret.

PS- I don’t flinch at the violence anymore.

Allahabad To Prayagraj: The Reason For The Name Change Might Be More Historical/Mythological & Less Political, So Let’s Calm Down!