5th August, 1962: Marilyn Monroe, the damsel in distress who failed to find happiness as Hollywood’s brightest star, was found dead in her Brentwood home. The blond, 36 years old actress was nude, lying face down on her bed and clutching a telephone receiver in her hand when her assistant broke into her room at 3:30 a.m. 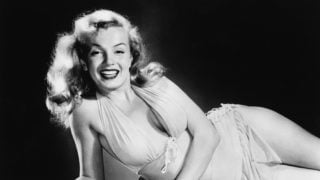 Born as Norma Jeane Mortenson, was a famous Americal actress, model and singer who will always be remembered for her famous comic ‘’blonde bombshell’’ characters. She has become one of the most celebrated ‘sex symbols of her era’.

Monroe’s death has come as a shock to the Hollywood industry. The report says that she has been dead an estimated six to eight hours. Overdose of barbiturates is considered as the reason of her death.

Her body was taken to Country Morgue for an autopsy and reports indicated towards the overdose of drug as the reason for her death. Dr. Coroner Theodore J Curphey mentioned that a special suicide team would take charge of the investigation to find details pertaining to Miss Monroe’s last days to determine if she took her own life.

Also Read: Back In Time: 11 Years Ago, Hollywood Legend Heath Ledger Passed Away

According to the reports, medical authorities believed Miss Monroe was under depression gradually losing interest in maintaining her glamorous appearance.

Miss Pat Newcomb, a dear friend of Monroe is deeply saddened by the incident.

“When your best friend kills her herself, how do you feel? What do you do?”

she questioned with grief. 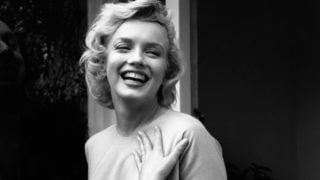 Joe DiMaggio, the second husband of Monroe flew to Brentwood from California after he heard about the news. The baseball hero chose not to speak to reporters regarding Marilyn and looked deeply shattered.

News of Miss Monroe’s tragic death quickly circulated all over the world. Even Moscow Radio made mention of the incident.

Marilyn Monroe was a top-billed actress for only a decade still her films grossed a $200 millions by the time of her death. According to The Guide to United States Popular Culture, “as an icon of American popular culture, Monroe’s few rivals in popularity include Elvis Presley and Mickey Mouse … no other star has ever inspired such a wide range of emotions – from lust to pity, from envy to remorse.’’

Raised in a foster home, Marilyn had a troubled childhood that further affected her personal life. Her failed marriages, relationship with Kennedys, thorough anxiety and depression in regards to professional life were always in limelight.

Marilyn was far ahead of her time. Her beauty statement, approach towards life still inspires millions. She received Golden Globe for Best Actress for her work Some Like it Hot.

Why Does Sigmund Freud, The Father Of Psychoanalysis Connect Every Problem In Our Life To Sex?