14th November, 2008: Deshdrohi starring Kamaal Rashid Khan and some other unknown faces has released in theatres today. The story revolves around politics, corruption & prostitution in the buzzing city that never sleeps i.e. Mumbai.

Raja (KRK), the protagonist moves from U.P. to Mumbai in search of a job and finds out all about the discrimination that North-Indians face in the city and the politics that revolves around it. The movie also explores the ‘bhai’ & ‘prostitution’ culture prevalent in the city. 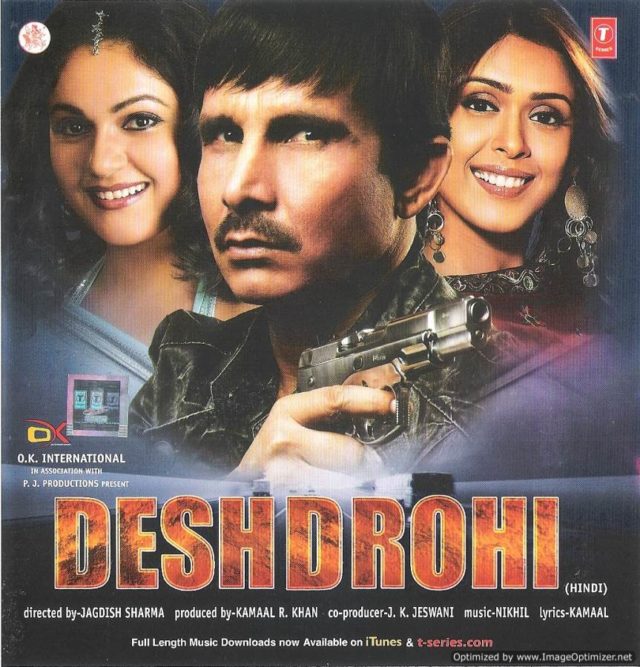 Protests against Deshdrohi had already begun in Maharashtra last week. No, not because of the oh-so-beautiful star cast or amazing storyline in the movie (sarcasm intended, KRK!) but because of the political controversy that was brewing n the city.

The Marathi community alleged that the movie is trying to cash in on the attacks that happened on North-Indians in 2008. In light of ongoing protests and dirty politics in Maharashtra, the state government called for a ban of 60 days on the movie (and the people rejoiced, obviously!)

While the government of Maharashtra saved its people from hurting their eyes & ears by watching the biggest flop of the year, other states had to release it because of lack of reasons for banning it.

Apparently, a shitty attempt at movie-making isn’t a good enough reason to ban a movie.

We will get back with a review if one of our reporters is brave enough to volunteer for 3 hours of torture.

Post Scriptum: The movie released in all theatres in India and after 2 months in Maharashtra. The government finally found out that they were worried about nothing as no one really wanted to watch this freak show in a theatre.

KRK wasn’t cast in another Bollywood movie after his phenomenal flop Deshdrohi until 2014 where he was given a small role in EK Villain (which he proudly claims is the only reason why the movie made any money!). 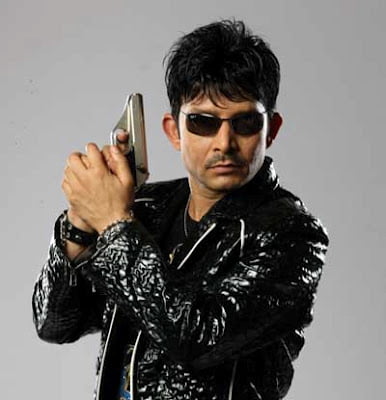 KRK entered Bigg Boss house soon after Deshdrohi because you know, it is THE BREEDING GROUND for all people who fail in life! He was evicted soon after he made derogatory remarks and threw stuff on people in the house.

Since then KRK calls himself a film critic and reviews Bollywood movies on his social media handles because you know, who can be a better authority to review films than a super flop actor?

He keeps getting into controversies (that’s how he actually earns any money). He has several cases in his name for making derogatory caste-based remarks and defamatory statements against big shots in Bollywood.

He is popularly known as ‘male Rakhi Sawant’. Basically, jobless and insignificant to anyone and everyone, surviving on controversies and cheap attention tactics via social media!

Now that it’s been a decade since his first and only movie came out, we won’t be surprised if he throws a party for celebrating it. Tune in to his social media for an invite!

Back In Time: 21 Years Ago, Dolly Became The Most Famous Sheep In History