The last one month has been particularly tumultuous for the state of Kerala, a land known for its progressiveness and advanced existence in a rather backward nation.

As a state, Kerala holds numerous shrines dear to many religious factions and Sabarimala is one of them.

What’s brewing in this state?

A Supreme Court verdict dated 28th of October 2018 ruled that not allowing menstruating women (women between 10-50) to enter the sanctum sanctorum of the shrine cannot be constitutionally allowed as it was a matter of plain gender discrimination.

This came as a lashing to many ‘bhakts’ because it supposedly disrespected the aachu aram (tradition) followed for centuries by the shrine, as claimed by these self-proclaimed protectors of Hinduism. 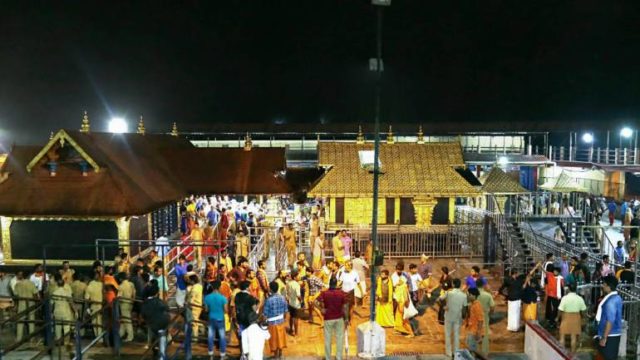 According to the traditions, while men have no restrictions whatsoever, women are only allowed at the temple before they turn 10 and after they complete 50.

These stringent requirements are in place to prevent menstruating women into the premises as Ayyappan the deity is celibate in nature.

How old are these traditions and do they hold ground?

The validity of these traditions have been debated by numerous people across various spheres, and the common understanding is that the traditions are a recent addition with exceptions always made based on the caste and class of the seeker.

To begin with, there are written historical facts which prove that the Amma Maharani, a queen of the Travancore kingdom climbed the hill and entered the sanctorum of Sabarimala in 1939.

The most notable incident would be the shooting of a Tamil film, ‘Nambinal Keduvathillai’ featuring actress Jayashree dancing for a song on the eighteen holy steps.

Former top bureaucrat T. K. A. Nair revealed that his mother had visited the hill shrine sometime in 1940. Nair, former principal secretary to the then Prime Minister Manmohan Singh, said his family visited the temple as advised by the head of the Pandalam royal family. “I was only a few months old then. My parents took me to the shrine to perform my ‘choroonu’ (a child’s first rice eating ceremony).”

So the whole pot boiling down to the fact that this sexist tradition is barely 50 years old.

Read More: The Woman Who Was Arrested For Not Crying At Her Husband’s Funeral

Whom does Sabarimala belong to?

The biggest lay back to both the Tantri and the Savarna wannabe protectors of the shrine has to be the Malayarayars or the hill tribes of Sabarimala reclaiming their voice drowned by Brahminical forces. 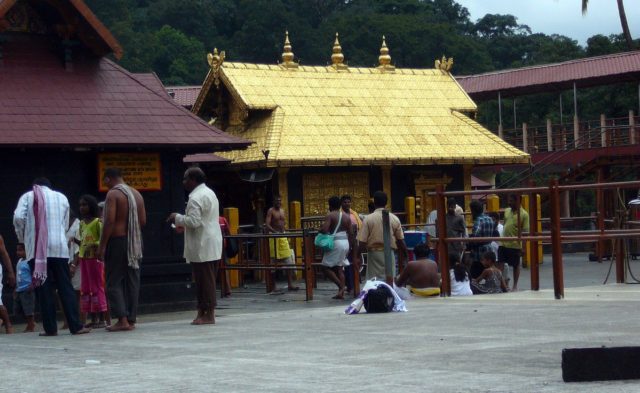 The Malayarayar community used to worship somebody called the Kanana Vasan, a tribal diety and the first few Tantris at the shrine came from the Korma community. The Thazhamon Madom aka the family of tantris came into existence only much later in history, that is after the temple was given a Brahminical facelift.

As M. Mukundan, a member of the community challenges in an interview, if you were to get the archeological department to overturn the first step of the eighteen holy steps, one could see an inscription proving the tribal claims.

While all of this seems pretty disturbing it points to the larger problem of male egos getting hurt when women enter male centric spaces. As a common Malayali, I have larger issues to worry about starting from the shoot in onion prices to the political riots that dominate the state.

This religious diversion only acts as a cover up for all the false 2014 election promises and political party ground for the right wing forces in Kerala.

All of this brings us to a conclusion of how the dull headed right wing manages to incite violence and provoke war using simple tools and in turn manages to murder the sanctity and peace of a shrine.