The sister cultures of India, Thailand, Bangkok and more are the ones that carry a lot of cultural similarities and close relationships with each other.

Even Japan is related to India through the silk route, where Indian silk helped to create a lot of Japanese clothing including the famous kimonos for the wealthy ladies there.

But the one country that has till yet not really shared much in common with India would be South Korea.

However, that might change soon, considering about 6 million south Koreans could be descendants of an Indian princess. 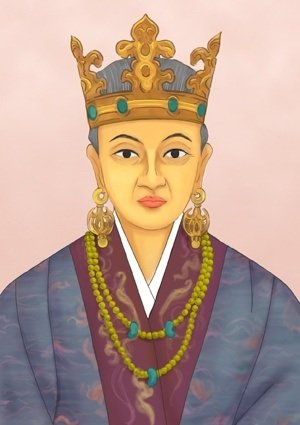 In July this year, South Korean President, Moon Jae-in while visiting India for the Korea-India Business Forum touched upon the deep and ancient relationship that the two countries share.

He recounted the tale of the Indian princess, Princess Heo, who travelled to Korea and married the King of the Gaya Kingdom of Korea (Silla).

In his speech, he stated that, “India and Korea have a long history of exchanges and have been friends helping each other in difficult times. Indian Princess Heo Hwang-ok (Korean name) from the Kingdom of Ayuta in India came to Korea about 2,000 years ago and later became the Queen of Korea’s ancient Gaya Kingdom.”

Heo Hwang-ok was a queen is supposedly first mentioned in the Samguk Yusa or Memorabilia of the Three Kingdoms, which is an ancient book filled with legends, tales and historical accounts revolving and involving the 3 kingdoms of Korea, namely, Baekje, Goguryeo and Silla.

As stated by the book and historians, Princess Heo was the wife of King Suro of Geumgwan Gaya around the year 48CE when she travelled from the Indian city of Ayodhya to Korea on a boat.

Princess Heo or Suriratna, was the first queen of the Geumgwan Gaya kingdom and presently, a large number of Koreans, about 6 million are said to be descendants of this legendary princess. 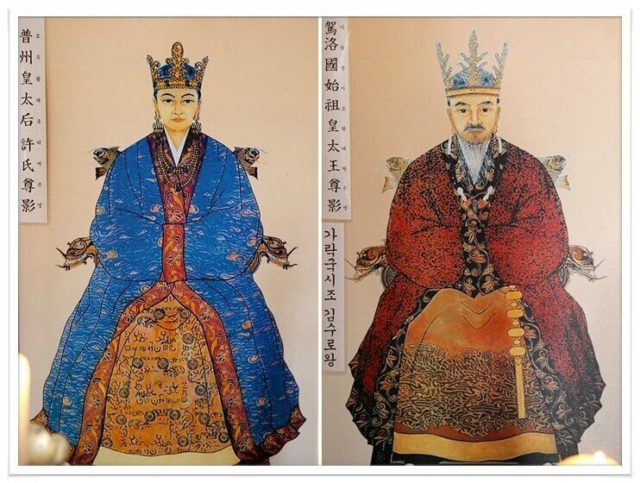 According to the legend in it, it is said that Princess Heo came from the ‘Ayuta Kingdom’ which is supposed to be the ancient city of Ayodhya in India.

The records don’t really clarify where exactly Ayuta was but sources and popular culture have usually associated Ayuta with India and even an anthropologist from the Hanyang University, Kim Byung-Mo drew the conclusion based on the phonetic similarity between the two names.

As per sources, the city of Ayodhya was called Saketa during that time, which is almost 2,000 years ago, but during the creation of the Samguk Yusa, the name Ayodha did exist.

There was a brief period of time when it was claimed that instead of India, the Ayuta city’s reference could have been to the Ayutthaya Kingdom of Thailand. This connection was made by an American copy editor Grafton K. Mintz who edited Ha Tae-Hung’s English version of the Samguk Yusa and Hung himself.

But it was later dismissed by George Cœdès a  French scholar of southeast Asian archaeology and history, who revealed that the Thai city was created after 1350 CE, much later after the Samguk Yusa was composed.

There have also been rumours that the Indian princess actually came from the south of the country that is the Pandya Kingdom of current Tamil Nadu.

But as per a 2017 documentary by Korean historians, there was some evidence of a relation between the KimHae region in South Korea, which was the area that the King marked in the Princess’ name, and certain areas of Uttar Pradesh.

A team travelled to India and China while searching for her origins and found that the symbol of two fishes seen in the KimHae region is similar to the fish icons found in Ayodhya, Uttar Pradesh in various places like doors, old buildings, police uniform hats, etc.

Apparently, Princess Suriratna or Heo’s family left Ayodhya during the Kushan invasion and moved to China from where they escaped the Han Chinese and eventually ended up at the Gaya kingdom in Korea.

The queen had 12 children, 2 of whom carried her maiden name and the rest carried the Kim surname and Korean historians have connected that the current Heo, KimHae (Gimhae) Kim’s and Lee’s of Incheon trace their lineage to the bloodline of Ayodhya of India.

A lot of Koreans especially the Gimhae Kims and the Heo clans trace their origin back to Princess Heo. In this, Kim Yoon-ok the wife of former President Lee Myung-bak and the former President Kim Young-sam (1993-98) are some of the people who trace their lineage to the royal couple.

In 2001, the former Prime Minister of South Korea, Kim Jong-pil wrote a letter to the King of Ayodhya Bhimlendra Mohan Pratap Mishra, and recounted how his March visit to India “remain(ed)ing very meaningful to me”.

He further stated that the visit “fulfilled his desire to visit Ayodhya, a princess of which became the queen of King Suro of Gaya and Heo Hwang-ok. I am the 72nd generation descendant of the King Kim Suro of the Garak Kingdom.”

There are also reports where it is stated that there is a genetic link between some ethnic Indian and Korean groups based on a DNA sample analysis. The samples were supposedly taken from 2 royal Gaya tombs in Gimhae, South Gyeongsang Province in 2004 and an Indian connection was thus found.

Kim was also part of an 18 member delegation from South Korea, led by Song Eun-Bok, the former mayor of Gimhae who inaugurated a memorial built in the name of  Queen Hwang Huh or Princess Heo on the banks of the Sarayu river that flows between the Indian states of Uttarakhand and Uttar Pradesh. 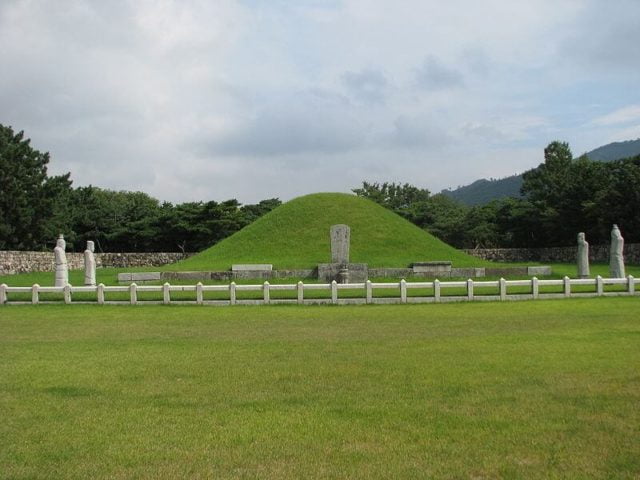 Now, the First Lady, Kim Jung-Sook will be visiting India from 4th to 7th November 2018 as a Chief Guest for the Deepotsav festival in Ayodhya.

Besides that, she will also be attending the ground-breaking ceremony for the upgraded and official Queen Suriratma memorial in the city.

A statement from the Ministry of External Affairs said that, “She will be the chief guest at the Deepotsav event being organised by the State Government of Uttar Pradesh and the ground-breaking ceremony of the Queen Suriratma (Heo Hwang-ok) Memorial in Ayodhya on 6th November 2018.”

After much discussion and back and forth, the location of Saket Tirth Yatri Kendra has now finally been selected for the memorial. With a budget of almost Rs. 24.66 crores for the project, the foundation stone will be laid by the Korean First Lady on 6th November 2018.