With the 2019 Lok Sabha election not too far away now, social media campaigns are on the rise. Politicians and party workers alike tweet about their party and its agendas.

On Wednesday, Pratik Sinha, co-founder of Alt News, exposed the tweeting mechanism of the Bhartiya Janata Party (BJP) ministers by a clever ploy.

All he had to do was to edit the master document, from which the party’s ministers, workers and IT cell members used to copy-paste their tweets.

It’s funny how the largest online political campaign in the world is run by simply copying and pasting the content from a common document that is designed by the party.

Pon Radhakrishnan, India’s Minister of State for Finance and Shipping, put up a series of mischievous tweets on Wednesday morning that left everyone confused.

From tweeting, “working for the middle class is low on the agenda of Modi Govt” to “Today, everyone lives without dignity & contributes towards country’s growth”, something seemed wrong with the Union minister’s Twitter account. 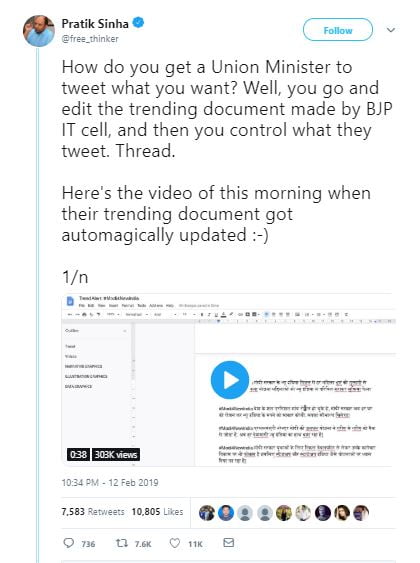 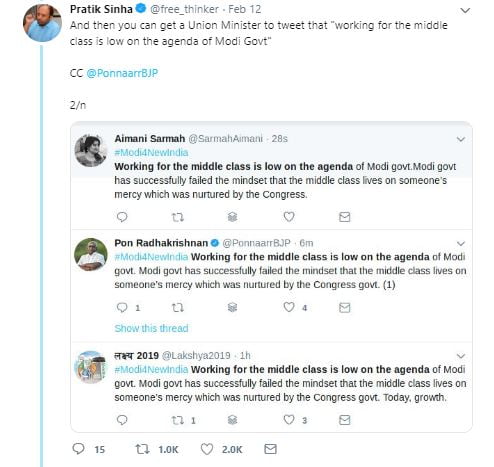 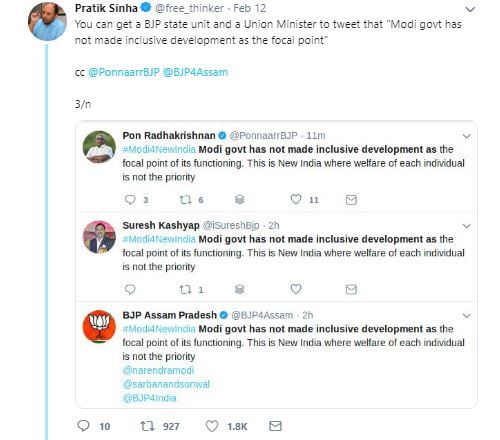 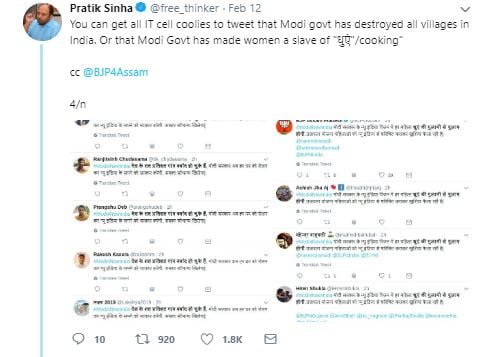 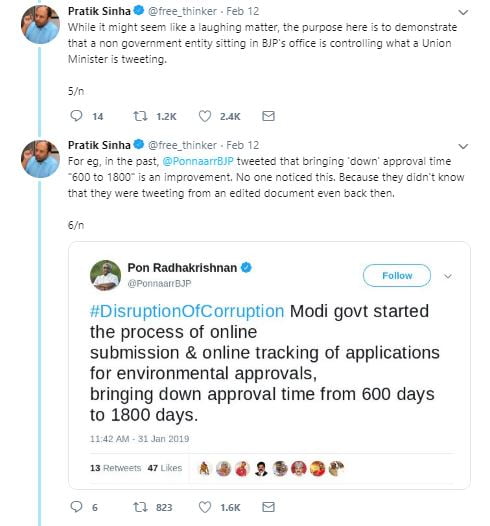 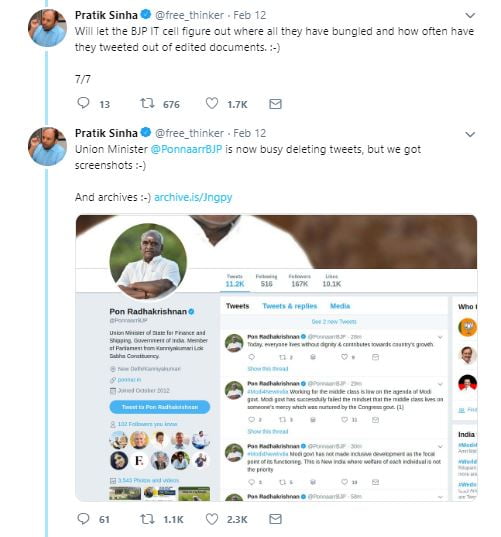 The minister’s tweets, along with other tweets by party workers, were soon deleted. However, the screenshots of those tweets were archived, which can be accessed here.

Also Read: Why Is The Centre Blaming WhatsApp For Fake Rumours And Not BJP IT Cell

How Did It Happen?

Unlike what many thought, the Google doc which was used by the party’s workers and politicians wasn’t really ‘hacked’ by anyone.

The doc, which was titled ‘Trend Alert: #Modi4NewIndia’, was open to editing by anyone who’d have liked to have a little fun, and Pratik Sinha took full advantage of the loophole.

In a telephonic interview to TechCrunch, Sinha revealed that he was able to access the document through a WhatsApp group that is run by the members of the party.

Although he did not reveal how he became a part of the group, he mentioned that the edit access to the document was open for all.

It is important to note that the edit was made so cleverly that it went unnoticed until Sinha revealed his doing. The ministers and party workers deleted their tweets only after Sinha’s Twitter thread.

The ease with which Sinha managed to pull this off is alarming for the BJP IT Cell and a warning sign for other parties.

Another important point that needs to be noted is that the content that is posted by the ministers and party workers isn’t their own. Rather, it is controlled by those who write the document from which they copy-paste their tweets.

As demonstrated by Sinha, it could be controlled by anyone who gets access to such documents. This is a worrying sign for the country, and it is something that needs to be taken care of.

Journalists In Raipur Are Now Wearing Helmets While Interviewing BJP Leaders: Here’s Why Entertainment Brand Voice - May 25, 2020
RedrumSociety attempts to give back for the COVID-19 relief work done by a nurse on her 25th birthday celebration! RedrumSociety surprised her during a...