Home Technology After Kerala, Pune And Mumbai, Floods Have Caused Havoc In Patna, Why... Recently, I saw a picture of a bunch of Indian people travelling in a boat across what looked like a murky river. Initially I thought it was a picture of a coastal area whose river has probably turned dirty.

However, when I looked closely, I could see a couple of cars submerged in the water in the background. I was appalled to find out that the picture described the misery caused by severe floods in Patna.

If my memory serves me right, I think I have seen similar stills from other smart cities in India like Kerala, Pune and Mumbai etc. in the recent past. 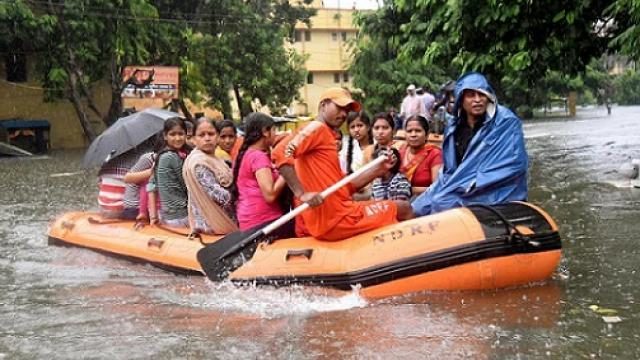 According to studies done on disasters that occurred between the years 2000 and 2017 by the Centre for Research on the Epidemiology of Disasters (CRED) and the Socio Economic & Educational Development Society (SEEDS),

56% of the smart cities in India are prone to floods, which comprise 77% of the disasters that happen in India.

Over 2,200 cities and towns in India are located in districts which have encountered at least 11 floods in the last 18 years.

It just makes me wonder if these cities are really smart, after all.

Reasons Why Smart Cities Are Prone To Flooding

When I dug deeper into why floods were able to wreak havoc in Patna so easily, it was clear that the reasons are universally applicable to most smart cities that have lost lives and material because of flooding.

The objective of creating ‘smart cities’ in India was to improve the quality of life for the citizens by implementing hi-tech and eco-friendly initiatives.

While infrastructure projects have hogged most of the limelight, little focus has been given to disaster preparedness, management and response when it comes to urban planning and development.

Historically, the funding for resilience to natural calamities has been quite low by local urban bodies and municipal organizations.

Most of the smart cities that are vulnerable to floods only have a flood monitoring system at best, not a flood forecasting system.

This is the main reason why we may be able to gauge the rise in water levels but not well in advance to preempt the disaster in the first place.

Also Read: Will Smart City Make A Difference To The Quality Of Life? Or Would It Just Be A Labelled City?

Excess population and rapid urbanization have congested the ‘smart cities’ so much that there is not enough space for the rainwater to be absorbed or stored.

The poorly built drainage systems are not efficient enough to hold all the water that gets accumulated during the rainy season. This in turn leads to water-logging. 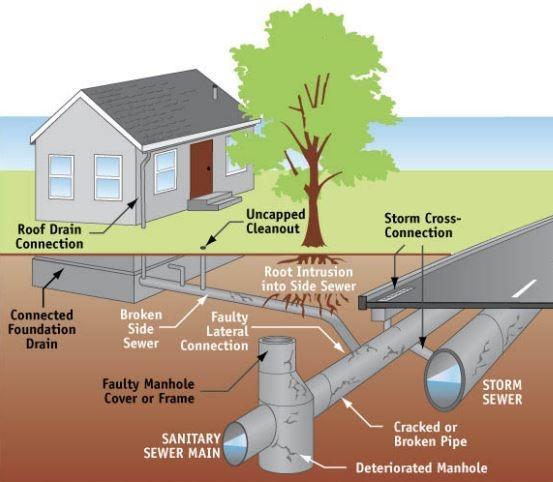 Another important factor that blocks the drains in the cities is huge amount of garbage, which is not disposed in the way it should be and hence, doesn’t allow water to be drained properly.

The top layer of the soil acts as a sponge that absorbs rainwater. It’s a no-brainer that when we cut trees for various human activities like construction of houses and industries, agriculture etc., we rob the fertile land of its top protective layer.

Due to this soil erosion, when it pours heavily, there is no sponge to allow the rainwater to seep into the ground. This in turn leads to water being accumulated above the ground, instead of going under it.

Many rivers that emerge from the Himalayas like Kosi, Torsa, Tista are laden with heavy amounts of sand and silt. The speed of these rivers reduces considerably when they enter the plains.

Consequently, as these rivers flow through the plains, they deposit silt on the riverbed which increases in level.

Silt deposition decreases the capacity of the riverbed to hold water. Also, this deposition alters the natural course of the river, leading to meandering and breach of embankments. These reasons are eventually responsible for causing floods.

An Early Flood Warning System (EFWS) is a technical tool that leverages big data and learning algorithms on sensors inserted into storm drains to enable the local administration to be way ahead of the crisis during heavy rainfall and rising tides.

Here are some of its salient features.

Most of the cities that are prone to floods across the world are already using an EFWS successfully to mitigate the damage and provide timely responses to emergencies.

It’s time we take a cue from others and truly make our cities smart.