Disney and Sony have now divorced, as per reports, and the biggest impact of this will be felt on the still yet toddler Spiderman character of the movies.

In a big dispute over co-financing stakes, Disney apparently wanted to increase their current 5% first dollar gross (meaning an amount of cut from the film’s first day release gross box office revenue) to a 50-50 co-financing arrangement for all future Spider-Man films.

And while it might not seem like much to us, the number is extremely small compared to how Disney and especially Kevin Feige has managed to turn around Spider-Man into a billion dollar franchise.

The latest Spider-Man film Far From Home was the first Sony Pictures movie to earn over billion dollars and officially became the highest grossing film of the studios after the 2012 James Bond film ‘Skyfall’.

However, we are not interested in the greedy hands of either Sony or Disney, all we want to know is what will happen now that for the time being Spider-Man is out of the MCU (Marvel Cinematic Universe).

#1. Sony Will Not Be Able To Use MCU Anymore

If the current situation remains and Sony has taken Spider-Man out of the Marvel and Disney deal then it will have big repercussions on future movies.

Sony in their future Spider-Man movies will not be able to reference to any of the existing character story of Peter Parker/Spider-Man that has been established in the MCU till yet.

That means they cannot use Tony Stark, Thor, Avengers, the Snap, Thanos, or anything owned by Disney/Marvel.

This also means that the recurring character of Happy Hogan will not be seen in future Spider-Man movies.

This will be extremely difficult during script-writing process as the studio will practically have to build a whole new character or cover the glaring plot-holes in their new films without using any MCU related.

#2. MCU Will Have Vacuum

MCU might be hit harder than Sony since they had almost entirely based their new phases and storylines on Peter Parker/Spider-Man being the next Tony Stark/Iron Man.

He was going to take over the metaphorical throne from Tony and be the big hero of the franchise, bringing the rest of the characters in along with him.

It also didn’t help that Tom Holland’s Spider-Man is perhaps the most popular and well-liked version that is quite close to the comic version.

So now MCU will have this big vacuum in place of Spider-Man and they will now have to find someone else who can lead the franchise.

#3. Tony Stark’s Death Was In Vain

Honestly, this is the bit that hits the hardest, when you realise that the new decision effectively makes Tony Stark’s decision in Avengers: Endgame redundant.

Peter’s death in Avengers: Infinity War also hit him really badly considering the extremely close almost father-son relationship that the two had formed. After that, in the next movie, Tony only decided to get into building the time travelling device after seeing a picture of him and Peter. 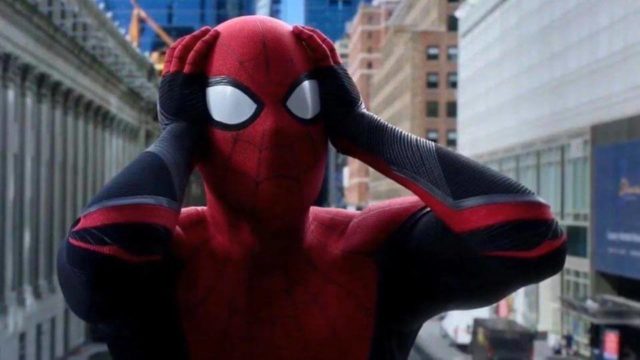 Read More: 10 DC And Marvel Movies We Would Never Get To See

Kevin Feige has been the mastermind behind some of MCU’s biggest movies till yet. With pretty much a spotless and clean record, Feige has produced some of the highest grossing MCU films including Iron Man, Black Panther, Captain Marvel, both the last 2 Avengers movies and the 2 Spider-Man movies.

The man in the last 10 years has overseen and produced around 23 superhero movies and not one of them has flopped till yet.

There are not a lot of producers out with such a smashing record and considering that Feige helped in producing the Sam Raimi Spider-Man series, he has had a long relationship with the character.

Sony right now is saying that they don’t need Feige but I am most certain that his absence will be felt extremely obviously in upcoming movies. 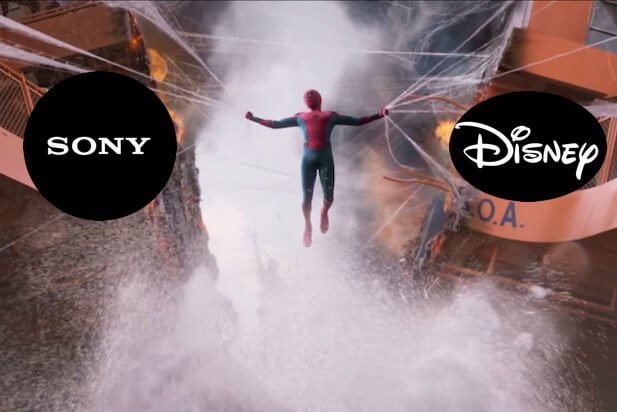 #5. The Reactions To The News

The reaction to this news has been explosive which was to be expected honestly. In fact, someone even changed the Wikipedia page at around 6.30 am India time to add this line at the top of the page.

The line has now been removed from the page and it’s gone back to its original version.

The MCU fandom on Twitter has broken down with this latest development.

#SaveSpiderMan
Sony: we are letting go of Spider Man from the MCU

#SaveSpiderMan
Spidey Fans: You took everything from me!

Sony: I don't even know who you are

Spidey Fans: YOU WILL pic.twitter.com/3PPJAaZBYH

It’s 4th of July Weekend, 2027. You grab a popcorn and soda and watch Uncle Ben die for the 15th time on screen in the freshly rebooted “Ultimate Spider-Man”

Even Ryan Reynolds joined in with the commotion when someone on Twitter asked him if they can get a Deadpool and Spider-Man movie now.

He replied back by saying, “You can. But you can only see it in my heart.”

This is probably referencing to how fans were actually excited at the possibility of a DeadpoolxSpider-Man movie since Fox has now been bought over by Disney and the latter now owns Deadpool, X-Men, Fantastic Four and other franchises.

But now with this news, it seems that our dreams are crushed and we will never be able to see Peter Parker bickering with Wade Wilson.

I sincerely pray that Sony and Disney come to their senses and figure out a way to bring our dear Spidey back into the MCU.

Technology Shreshtha Goswami - April 9, 2020
As the number of people infected by the COVID-19 is growing at a swift pace, ground-level work has been started in the country to...