Social media is always considered to be the root of all things evil and wrong in this world these days.

While I will not argue that it has many negatives working against it and honestly, it is the cause of quite a good handful of problems in society these days like cyber-bullying, fake news, low self-esteem and more, it is not all that bad.

There are some instances you come across when you see how social media can be used for something good and change the way something works.

One of them was when I came across this post by Sonali Verma, an Indian blogger and her experience at this bar/lounge called Molecule Air bar while she was in Lucknow.

On Wednesday night or Thursday morning, Sonali posted this on her Instagram stories. 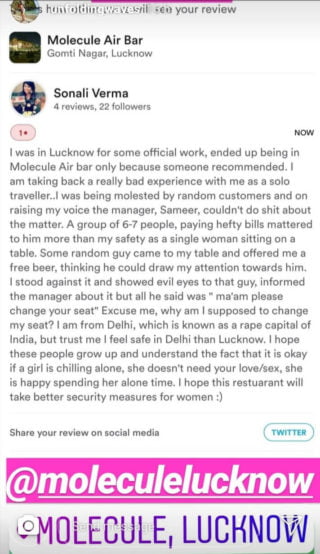 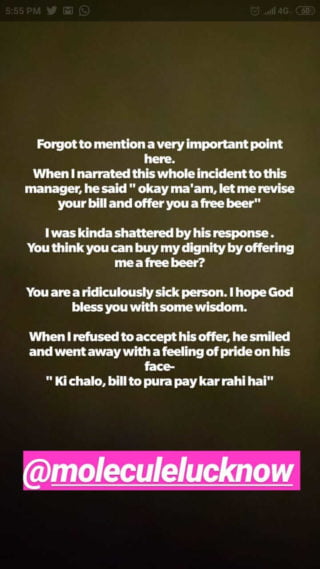 Apparently, she had visited the establishment while on a trip to Lucknow and some men had misbehaved with her.

As per the story, the manager Sameer was unable to stop their behaviour and this really made the blogger feel unsafe.

In a series of stories afterward, she explained how she had never really felt unsafe even as a solo traveller, but it was the overall reception she got from the management at the place that really left her shaken since steps were not taken for her protection. 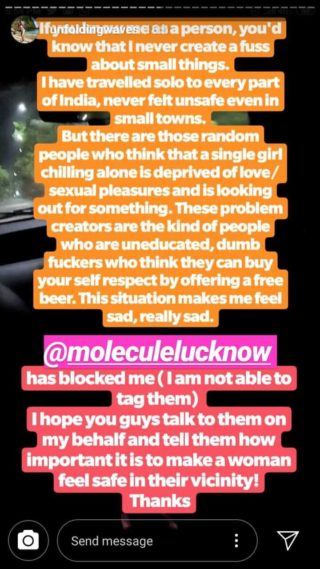 She kept informing with her stories updates about what was happening and how her negative review of the establishment was repeatedly being taken down. 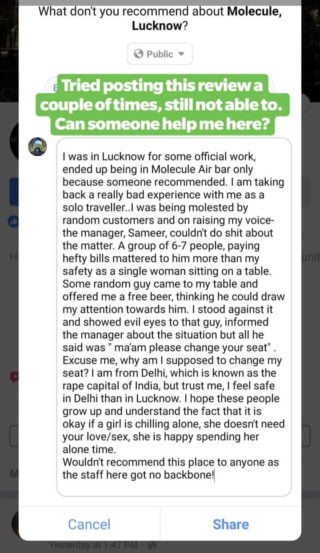 This somehow though resulted in extremely passionate support for her from many people, who not only showed it through private messages, but even took the step to bombarding the restaurant’s Zomato page with negative reviews talking about this incident. 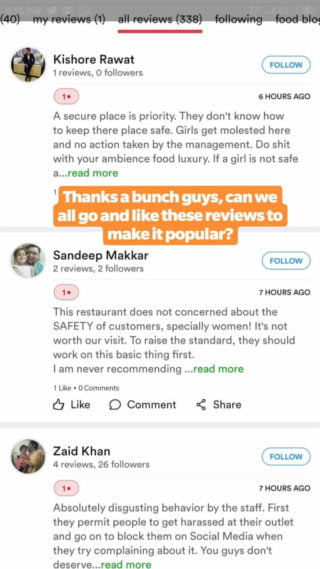 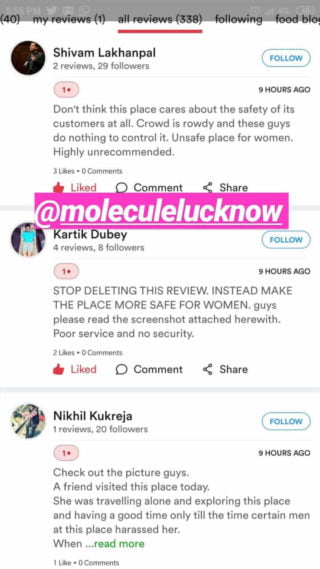 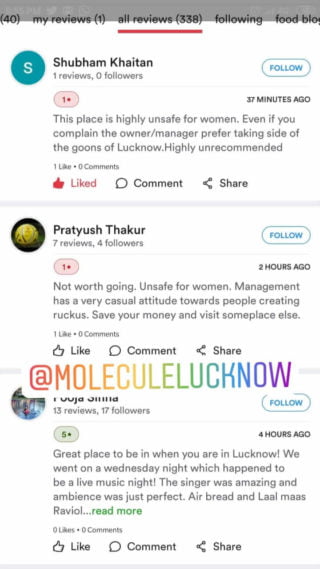 It was probably the coming together of all these people that finally brought the attention of the owner and establishment towards the main issue.

They finally reached out and the owner himself emailed Sonali about it, apologising and notifying how they were taking steps to ensure a higher level of safety for their female customers. 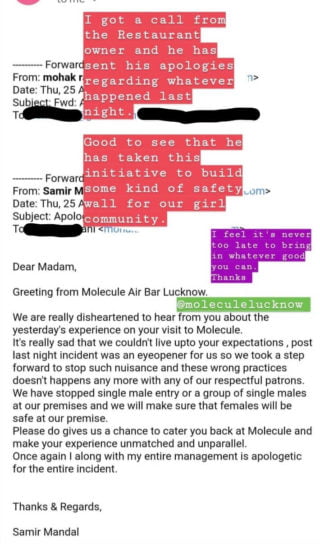 Read More: This Woman Is Shamelessly Proud Of Sharing A Couple Making Out In An Auto And; Getting Twitter Followers From It

They seem to have promised to take better care when it comes to such issues and not let them slide by anymore.

Sonali later on applauded and thanked all the people who stood in support of her and allowed this resolution to happen in the first place.

As per the latest update, she has even asked her supporters to take down the negative stories since the matter has been resolved for the most part. 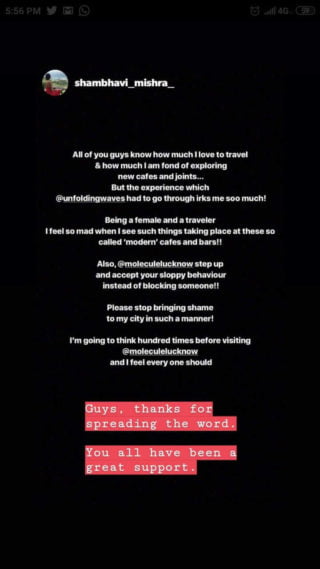 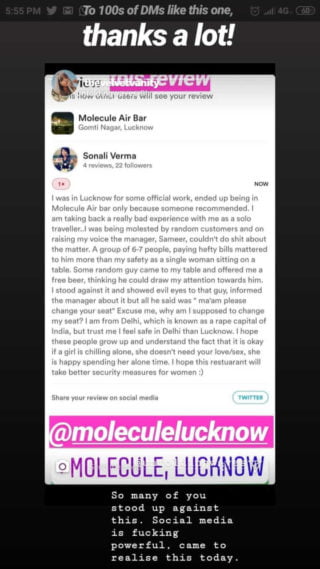 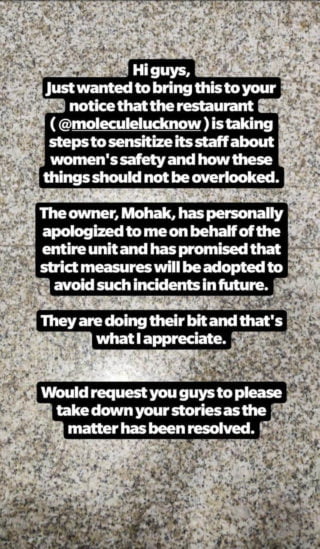 To be honest, this entire incident really shows how powerful social media can be and if used correctly can result in something good.

Pretty sure had Sonali’s story not gotten the attention and support from social media and been ignored, the establishment would not have taken any further action.

They might have let it slide by without really doing anything to make sure that the female customers visiting them are safe and enjoy their time there.

But seeing the uproar around it, made them sit up, take notice and realise that something wrong was happening.

It’s also good to see that they are taking strong steps for the safety of women and not just ending at a heartfelt apology.

We reached out to both Sonali and Molecule Air bar and both were intent on resolving this issue in the best way possible.

This certainly shows how social media can be used for something good and bring about some change, no matter how small it might be.